Google confirmed the updates on Panda on July 15, 2013. It was something good as it was widely supposed that Google may not come up with Panda updates anymore. There was something about Softening of Panda was talked about by Matt Cutts, popular face from Google. This was because various recovery levels were experienced by various webmasters. The improved Panda gets this first update roll out and it will take a week to roll out.

Updates from Phantom and Penguin:

However, it is not only the Panda updates that are worth discussing. There are the updates from Phantom and Penguin too. The update for Panda may have an impact on these and many are eagerly waiting to see the results. There are also companies that are hit by both Phantom and Penguin, Phanteguin is the term used to denote this. When you examine the webmasters whose website was hit by the trio or at the least the Phanteguin, you can understand the algorithmic relationship of the trio. With the latest update from panda, it is easy to analyses the relationship among Panda, penguin and Phantom because we get plenty of data.

Here is an example of a site that has been suffering a lot because of less traffic for quite some months. The site however worked on most of them. There were also technical issues in the site, which were of course rectified to a maximum level. The site has indexed nearly 10 million pages, but you would not like the content, if you are an SEO expert. The content was too less for such a large site. The issues the site faced include duplicate contents, soft 404s, XML sitemap issues to name a few. So, the quality was affected and the site was affected Panda wise. After the Panda update on July 15, you would be surprised to see that the organic traffic was enhanced to 60%. The technical issues were corrected and site still was used by the readers and they still made use of the thin content. Google has made modification in the algorithm and the softening of Panda happened and the site got the benefits. Once the technical issues that caused duplicate content and many soft 404s were corrected, the site was rewarded by Google Panda.

Panda Recovery when hit by Penguin:

The organic search traffic of a site was hit by 42%. The site was still hit at the same level until the latest Panda update was rolled out. However, this site was hit by Panda and Penguin. When in April 2012, the site was hit by Penguin, the site lost 65% of organic traffic. Even when the owner of the web continued to work by removing links, the site still suffered during another Penguin update of 2.0. In fact, the case was worse. After the Panda update of July 15, the site has move to the level as it was before Penguin 1.0 update happened. So, even if the site is hit by Penguin, it recovered on the Panda front and in the Penguin front, the owner has to work more.

A phanteguin hit happens only if the content and the links are a problem for the site. The web owner started with removing the unnatural links, and the content was not thin but had a duplicate content problem. Also, there was a problem of cross linking. After the July 15 update, the site is gradually moving to the pre phanteguin levels.
However, you can see that not all websites had a positive impact on the Panda update release on July 15. There are a few reasons,

So, even though the Panda update can help, you need to understand the web owner has to analyze the problem, plan an action, and most important of all execute the same.

For Further more information about Google Algorithms drop your SEO Requirement at sales@brtchnosoft.com. We can provide entire services to drive more traffic in your websites with high quality leads. Our team knows about all most modern SEO techniques as well they know about all latest Google algorithms. 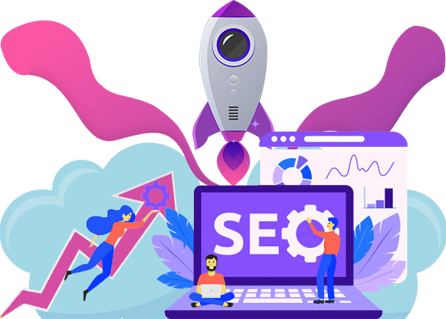