The Essentials to Know about 3D game Company India

The genesis
Gaming has taken the entire world by storm. India is also no exception. It has grabbed the eyeballs and mindshare of all – irrespective of age, demographics, creed and mentality. Even the adults find it immensely refreshing to play games once they are off from a laborious day at the work place. Within it also, 3-D gaming has caught the imagination of all among the already existing huge game followers. 3D game company in India has flourished like anything within a span of the last decade.

3D character animation is one of the most interesting and intrinsic part of creating 3D gaming. A dedicated team of skilled and experienced personnel work to achieve it. The various 3 D games and the characters that we watch are results of rigorous 3D character animation. Most of the games developed nowadays by 3D game company India, utilize the concept and art of such a type of three dimensional animations.
Creating computer graphics serves as the base and the essence of such character animation done by best 3D game company India.
The different steps of such animation in the 3 dimensional modes are:
3 d picture format is created for all the relevant characters
Next an illusion is created by sequential arrangement in a perfect order pertaining to the characters created as mentioned immediately above
The illusion is achieved by creating the above characters in a vast series one after another, each one being slightly different from the preceding or following one.
There is an estimated rate applicable for the difference to create an illusion in each series. It is 25 to 30 frames a second
In its 3 dimensional form all these images are fed into the computer and the images are then rigged to render an effect the final applicable image
Animation software may also be put into effect to have computer animation
Now it is the turn to combine all the model frames in form of 3 d to give a shape of the ultimate desired image. The models have in place all the faces, all of its vertices, the edges in a coordinate system – that too in 3D.The different objects are molded as per those shapes. 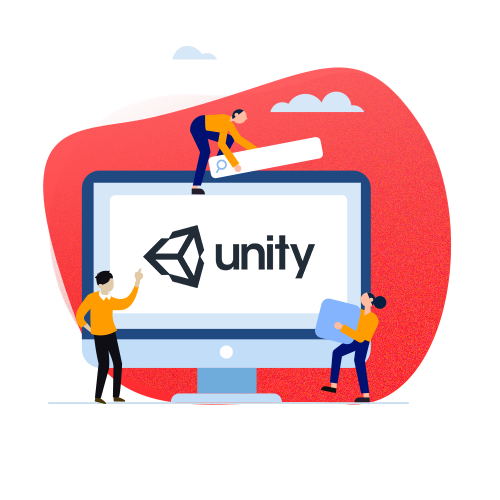 Now is the time of the final step of putting all these fit for the proper and wanted working form.
Here, it should be remembered that mathematical models are given the shape of 3 dimensional forms.

3D Unity game development essentially consists of introducing the key functions of the production models and concepts pertaining to 3D gaming. 3D Unity game development achieves in introducing the aforesaid concept n an artistic manner with the associated aesthetic qualities. It removes all barriers which otherwise make it difficult to understand the scripting. The independent artists working on games can hereby learn the art of creating and how to produce games of the casual mode for the smart phones – rather mobile phones, laptop and for the consoles for gaming.
Thus, one can definitely suffice by saying that 3D gaming is here to stay. It will grow exponentially – in leaps and bounds over the years to come. More and more development will take place in the techno.ogy. This will have an useful effect on economy as well. More people from the society will be able to grab decent jobs in the related industry. The audience will also derive pleasure manifold during their leisure.
BRTechnosoft  is an upcoming 3-D gaming provider company in India. It has a wide ranging experience of producing superlative quality 3 – D gaming apart for managing a massive skilled manpower as a part of this industry and also serving to the fullest extent for providing knowledge and training to promising young and talented people on this subject.